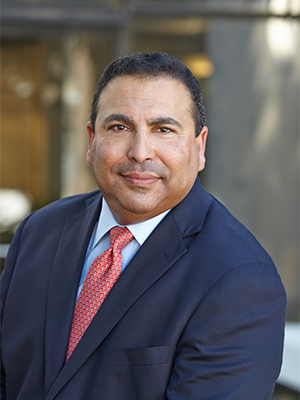 Todd A. Zuckerbrod graduated S.U.N.Y. Binghamton with Honors in 1984 and Benjamin N. Cardoza School of Law in 1987. By the time Mr. Zuckerbrod had graduated from law school, he had interned two summers in the law departments of both Merrill Lynch and Prudential Bache Securities. He had worked part time in a branch office of Merrill Lynch, had been an intern in the Law and Compliance Department of Merrill Lynch in London (during a semester abroad while attending law school) and had interned for a semester with the Securities and Exchange Commission (SEC) in New York.

Mr. Zuckerbrod began his legal career as an Enforcement Attorney with the New York Stock Exchange (NYSE) and subsequently joined the Law Department of Merrill Lynch where he worked for 13 years, including two years in London covering Europe and the Middle East. While at Merrill Lynch, Mr. Zuckerbrod handled arbitrations, regulatory issues, internal investigations and international cases.  He also worked on the regulatory, criminal and civil matters in the U.S., U.K. and Japan, arising from an alleged manipulation of the copper market and an undisclosed loss of over $2.6 billion by a trader working for a copper merchant. Up through that time, it was the largest financial fraud in history.

“Todd Zuckerbrod has worked in the securities industry for over 33 years and has handled well over 125 securities arbitrations. ”

Mr.  Zuckerbrod also represented Merrill Lynch Trust Company and has for decades dealt with complex trust and estate issues and has a vast understanding of fiduciary duty.

In 2002, Mr. Zuckerbrod joined the law firm of Greenberg Traurig, P.A. where he primarily defended such clients as Morgan Stanley and Smith Barney in securities arbitration. Mr. Zuckerbrod’s tenure at Greenberg Traurig also included jointly representing a plaintiff in a contract dispute in state court in Florida, resulting in a jury verdict of $5 million.

From January 2008 through June 2010, Mr. Zuckerbrod served as the General Counsel to one of the oldest brokerage firms in the United States. He counseled the firm’s management committee, commitment committee, oversaw the firm’s regulatory functions and personally handled the vast majority of the firm’s arbitration and litigation matters.

Mr. Zuckerbrod’s practice has increasingly included trust and estate litigation for which his extensive knowledge of trust law and investments gives him a unique insight. Mr. Zuckerbrod has witnessed first hand the challenges created when an aging grantor, child or a trust company becomes the trustee.  As a result, Mr. Zuckerbrod is an ideal choice as a Trustee or Co-Trustee in order to protect and serve the interests of grantors and beneficiaries.